Discrepancies in the "Additives" section - do these indicate a mixture of two different types of oil?

For years we have always been using an oil from the same manufacturer with the same name and specification to lubricate our systems. It is regularly monitored with trend analyses. Oil changes are carried out on the basis of the suggestions of OELCHECK tribologists in the laboratory report. We have never noticed any abnormalities. However, the latest laboratory report now shows discrepancies under the heading “Additives” that do not fit with previous analyses or fresh oil.

Do the changed values indicate a mixture of two different types of oil?

What other reason could there be? 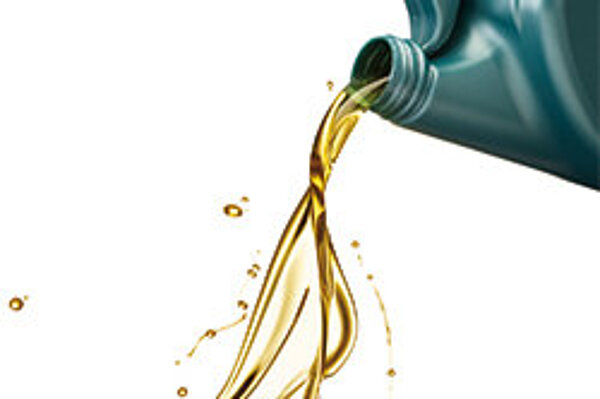 Almost all lubricants and hydraulic oils contain between 0.5% and 10% VI improvers, as well as oxidation inhibitors and organometallic additives. If additives are detected in an oil sample for the elements calcium, zinc, boron, phosphorus, barium or sulphur that were not found in previous studies or in another concentration, it is likely that different oil types have been mixed. Since other parameters such as viscosity or VI generally change in addition to the additive elements in a mixture, the oil manufacturer may have “upgraded” their product with another base oil without this being apparent from a change in the name or the specification sheet. Such a change usually also goes hand in hand with a slight adjustment of the additives.

Since recently, a base oil that can be assigned to Group II has increasingly been used for mineral oil-based oils. Unlike Group I oils, which are only distilled with the aid of solvents, Group II base oils produced by hydrocracking have a higher VI and the proportion of saturated, oxidation-stable compounds is 90%. The sulphur content is also significantly lower. However, with the Group II oils produced on an increasingly large scale in modern refineries, there is no reduction in the performance of the end product or any quality impairment. Nevertheless, the formulation and additives must be adapted to the improved initial conditions.

Base oils can be mineral or synthetic. The American Petroleum Institute (API) divides them into five groups:

Mineral oil-based  Group I base oils are the least changed during their production process, which is solvent refining. As pure base oils, they are usually only used for applications with relatively low technical requirements, such as recirculating, insulating or heat transfer oils.

Mineral oil-based Group II base oils are usually produced using an elaborate hydrocracking process that removes impurities from the oil. Not only do they have a clearer colour, they also contain more than 90% saturated hydrocarbons. In addition, they contain less than 0.03% sulphur and mostly have a viscosity index of over 90. As a result, they have a significantly higher performance than Group I oils. They are chiefly distinguished by their better antioxidant properties and hence optimised ageing. This also means that less oxidation inhibitors or VI improvers need to be added to Group II-based oils.

New lubricating oil refineries usually only produce Group II oils, because although production is more expensive than that of Group I, manufacturers of finished products can offset the additional costs by saving additives. With the current oversupply of Group II oils, cheaper purchase prices can be achieved. The use of Group II oils is predominantly price-neutral for the user and does not entail any technical disadvantages.

Lubricant manufacturers are also not obliged to inform users of a base oil change by changing the product name or putting a note in the sales documents or data sheet. At OELCHECK, however, such changes stand out immediately due to a direct fresh oil comparison of the oil with the same name a few years ago and today. The additive changes caused by base oil are also evident in trend observations of machines in which only refills are carried out.
If these permissible deviations do not result in any loss of quality, they will not be commented on in particular. Improved ageing stability can usually only be seen anyway by our tribologists in a direct fresh oil comparison with the help of the IR spectrum. The situation is different with defoamer additives containing silicon, which lead to lower silicon values at a lower additive concentration and thus give the impression that less silicon-containing dust is in the oil.

If the elements, the content of the additives or the IR spectrum suddenly no longer match fresh oil or previous trend, this is obviously immediately apparent to the tribologist. However, this is only commented on where there is certainty that this indicates mixing with another type of oil, which could lead to damage if used again.

Also read:
Why does my oil foam?

Additional tests, the supplement to the all-inclusive analysis kits from OELCHECK

The shear viscosity of greases