Purity classes for lubricants in comparison

Contaminants in the oil are one of the biggest risk factors for hydraulic systems in particular. Starting in 1960, the aerospace industry addressed this issue and established guidelines for hydraulic fluid purity in NAS (National Aerospace Standard) 1638. The NAS 1638 was soon adopted by other industries. However, according to the state of the art at that time, only particles larger than 5 µm could be counted. The increased pressures in hydraulic systems demanded increasingly better fitting accuracy of the machine elements and ever finer filter systems. This increased the requirements for the purity of an oil. 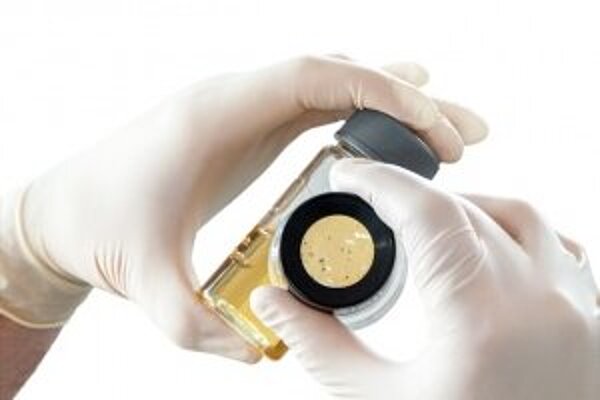 Determination of cleanliness classes according to SAE AS4059

For this reason, SAE AS4059 was developed. Companies that have the latest generation of particle counters report the cleanliness classes according to this standard.

When NAS 1638 was defined in 1964, absolute operational safety for aerospace was the triggering moment. Until then, there were no methods by which the purity of the oils used could be determined using automatic counting equipment. Soon other industrial companies took up the then new and only guideline. NAS 1638 was promptly used in Europe and the first version of ISO 4406 was adopted in 1977. Counting according to NAS can be performed only by automatic counters. There are 5 classes of purity. In addition to automatic counting with 3 cleanliness classes, counting according to ISO also allows manual counting and assignment to 2 cleanliness classes on the basis of residues on the filter paper. Due to the lack of available counting devices, the ISO standard prevailed in Europe at that time.

NAS 1638 - pioneer in the determination of cleanliness classes

With NAS 1638, 5 cleanliness classes were defined. Particles are counted differentially in 5 size classes:

Only the particle numbers that are actually present in a class are indicated. The particles are therefore not summed up as in ISO 4406. Each size range is assigned a purity class from 00 to 12 after particle counting. The final overall assessment is made by reporting the worst of these 5 NAS numbers. Since the definition of NAS 1638, increasingly finer filters have been used in hydraulic systems. The number of particles >50 µm, and even >15 µm, dropped significantly as a result. The NAS 1638 with its 5 relatively "large" size classes often no longer corresponded to reality.

Consequently, the European filter and plant manufacturers in particular have established a further guideline in the form of ISO 4406. In its 1977 version, it provided for a classification of particle sizes >5 µm and >15 µm, because at that time high-resolution laser sensors were not yet available and often even the particles present on a screened filter paper could only be differentiated into small (5µ) and large (15µ) by an experienced technician using microscopes.

ISO 4406 was revised in 1999. With new laser sensors, it was now possible to evaluate small particles so well that even particles from 2 µm could be displayed. Since 1999, ISO 4406 specifies three classes, >4µ, >6 µ and >14µ, when evaluated with a counter. If the particles are counted manually on a filter, only 2 purity classes   (>5µ and >15µ) can still be specified. In ISO particle counting , the particle count is cumulative, i.e. the number of particles >5µ also includes particles >15 µ. The particles counted in an oil sample are related to 100 ml according to the table and assigned to a purity class for each size class.

A test dust for the calibration of the particle counter

Automatic particle counters (APC for Automatic Particle Counter or OPZ for Optical Particle Counter) were used from about 1960 onwards. The size distribution of dirt particles in hydraulic systems was often the reason for an accurate oil analysis with the determination of wear metals, water and other contaminants that had an impact on failures of hydraulic systems and their components. The exact calibration of the particle counters was of great importance. To calibrate the ISO and also the NAS particle counters, a dust was selected that was stirred into a fully synthetic aircraft hydraulic oil. This ACFTD (Air Cleaner Fine Test Dust) silicon dust was used for more than 25 years until the manufacturer stopped its production in 1992.

A new test dust, called "ISO Medium Test Dust" (ISO MTD), therefore had to be found and redefined. This MTD dust had a different distribution of particles. As a result, the calibration procedure of the counters and the evaluation procedure had to be changed. While the old calibration for ACFTD dust defined the particle size as the longest extension of a particle (longest diagonal), the calibration required with ISO MTD determined the diameter of an equal in area circle as the particle size.

However, in order to ensure that the cleanliness classesn listed in many regulations do not change, the particle sizes determined via the diagonals have been redefined to the values calculated via equal in area circles. Thus, the number of particles of a size >5 µm determined by ACFTD test dust corresponds to the number of particles of >6 µm commonly used in today's MTD calibration. The purity class is then the same in both cases.

Mixing of lubricants and additives