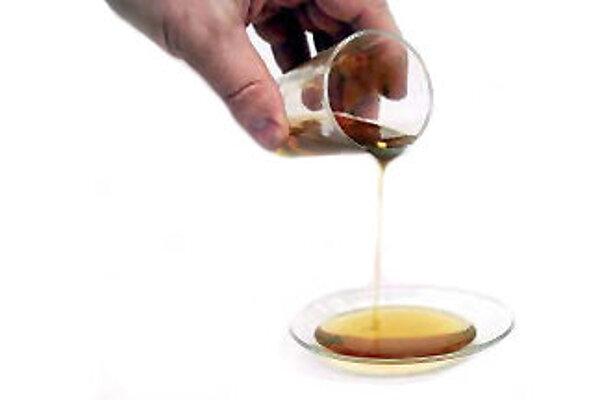 The single most important physical characteristic of any oil

Viscosity is the most important physical characteristic of an oil. It plays the decisive role in the choice of accompanying lubricant as it describes its fl uid characteristics. It is also dependent on temperature and can be infl uenced by special additives. Since it can change when an oil is being used, it is one of the most fascinating and extensive topics in lubricant analytics. OELCHECK principally assesses viscosity in oil samples at 40°C and 100°C and calculates the viscosity index from this. Several modern devices have been installed in the laboratory just for determining viscosity alone.

But viscosity isn’t just measured for lubricating oils or paints and adhesives. Nearly all physical media and foodstuffs have a specific viscosity. The concept takes its name from the typically gooey sap that comes from mistletoe berries (viscum). Glue used to be extracted from the mistletoe for catching birds. “Viscous” therefore originally meant “sticky like birdlime”. The viscosity of this paste was, however, altered in Roman times, for example with honey. Whether thin or thick, the viscosity of a modern lubricant is accurately adjusted nowadays to suit its intended use.

Viscosity itself is not a characteristic of quality.

A viscosity reading simply tells you how thick or thin an oil is. At the same time, however, it is the most decisive key figure for describing an oil’s capability to build a separating lubricating film between two moving parts. When a machine is started, the oil must not be to viscous because otherwise it will not reach the areas that need to be lubricated in time. Conversely, if it is too thin at the operating temperature, it will not be able to guarantee a sufficient lubricating film to protect it from wear. If an oil is used as a hydraulic fluid, it must in turn demonstrate particular fluid behaviours in order to enable the desired power transmission.

If the wrong viscosity is chosen, the catastrophic consequences can be more drastic and occur faster than if the wrong type of oil is used. If, for example, an ISO VG 320 oil is used in a screw compressor which should be supplied with an ISO VG 32 oil, usually the damage will occur after just a few minutes. If the compressor is lubricated using the wrong type of oil, such as an HLP 32 hydraulic oil, then problems will only become apparent after a few thousand hours.