Before the light goes out on the drilling rig! 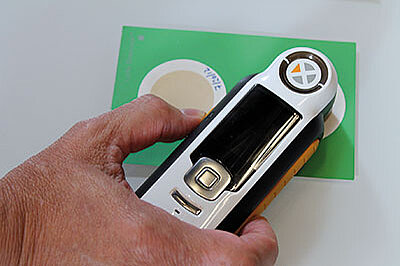 The most important places where the CNOOC produces oil and gas are located in the Bohai Bay, as well as in the southwest and southeast China sea. In addition, CNOOC drilling rigs also operate of the coasts of Africa and Australia, and also in the North Sea. At the end of 2014 the CNOOC group rig „Golden Eagle“ started work off the English coast.

In flat water drilling platforms with telescopic legs are used, while in deep water the platforms stand on scaffolds, which are anchored to the seabed. From there onwards pipes are driven into the seabed, through which the gas and crude oil then flow upwards, mostly under high pressure. After the borehole hole has been exploited it is locked and the platform is moved to the next deployment location. With its different sections the drilling rig functions as a small, autonomous factory. The supply of electrical power is extremely important in this case. On most drilling rigs it is produced with large gas turbines. If a borehole is running, there is gas as fuel for the turbine directly on site in abundance. On one of the large CNOOC platforms in the China Sea a 26 MW class turbine generates electric power. This type of turbine has proven to be very effective and is in use on many drilling rigs. It is very robust and is designed for a long service life, as well as the simplest maintenance possible. The turbine oil used by the CNOOC was turbine lubrication contains mild EP supplements, in addition to oxidation inhibitors. From the crude oil side it is designed especially for high temperatures, which are usually the norm with gas turbines. Nevertheless during their extremely long lifetime, often more than 10,000 hours, turbine oil problems occur again and again. In addition, on drilling platform the oil is exposed directly to extremely hostile operating conditions. These include, in addition to the damp and salty air, acidic components produced from the largely unpurified gas emerging from the borehole. But one of the greatest hazards for the oil and the turbines is the formation of deposits, which come from the turbine oil itself, from its aging products, the breakdown of additives or impurities in the system.
To be able to estimate the potential risk, the turbine oil for this gas­turbine was regularly analysed in the OELCHECK laboratory in China using Set 9 for the analysis of turbine oils. The remaining service life of the oil can be estimated from the trend data where the operating conditions are maintained. In addition to the breakdown of antioxidants in the oil, additional contaminants are detected at an early stage. This is important because all contaminants can adversely affect oil ageing, air release characteristics, wear protection and/or foaming characteristics. Data for the turbine-specific parameters is provided on customised turbine test data sheets. Turbine oil sets also include larger sample bottles (up to 1 litre), because certain test procedures, such as water and air separation characteristics, or foam release characteristics, require a fairly large amount of oil.

The first oil samples analysed in 2013 from the gas turbine on the drilling platform were unremarkable. But at the end of 2014 the experienced tribologists at OELCHECK had to ring the alarm. The Analysis Sets 9 contain, among other things, the MPC test, the index for which had suddenly climbed rapidly. The Membrane Patch Colorimetry (MPC) test is the only test in the world that can show the potential of the oil to form deposits. The higher the MPC factor is, the more soft particles are present in the oil. If they clump together, due to their strong polarity they can easily form deposits on all lubricated components in the system. In this way they can bond valves and impede the oil-based regulation of the turbine. As a further indicator of impurities a clear worsening of the foaming behaviour was observed.

In consultation with the CNOOC it was established by OELCHECK staff in our laboratory in Guangzhou that: the turbine had problems not only due to strong vibrations, but also due to increased storage temperatures. To come to grips with the threat posed by the deposits the approx. 5,000 litres of turbine oil was changed immediately. Nevertheless this measure could only solve the problem in the short term. After only 500 hours the freshly changed oil was already burdened with deposits again. The whole system had to be already filled with deposits. Sooner or later that would have threatened the turbine and as a result the power supply for the drilling rig with a shutdown. A disaster, because without power, it is not only the light that goes out here! Following a recommendation from OELCHECK a team from Fluitec, one of the specialists in removing impurities in turbines and oil circulation systems during operation using electrostatic filters, now works on the drilling rig. The problem-free operation of the turbine could soon be ensured once more.