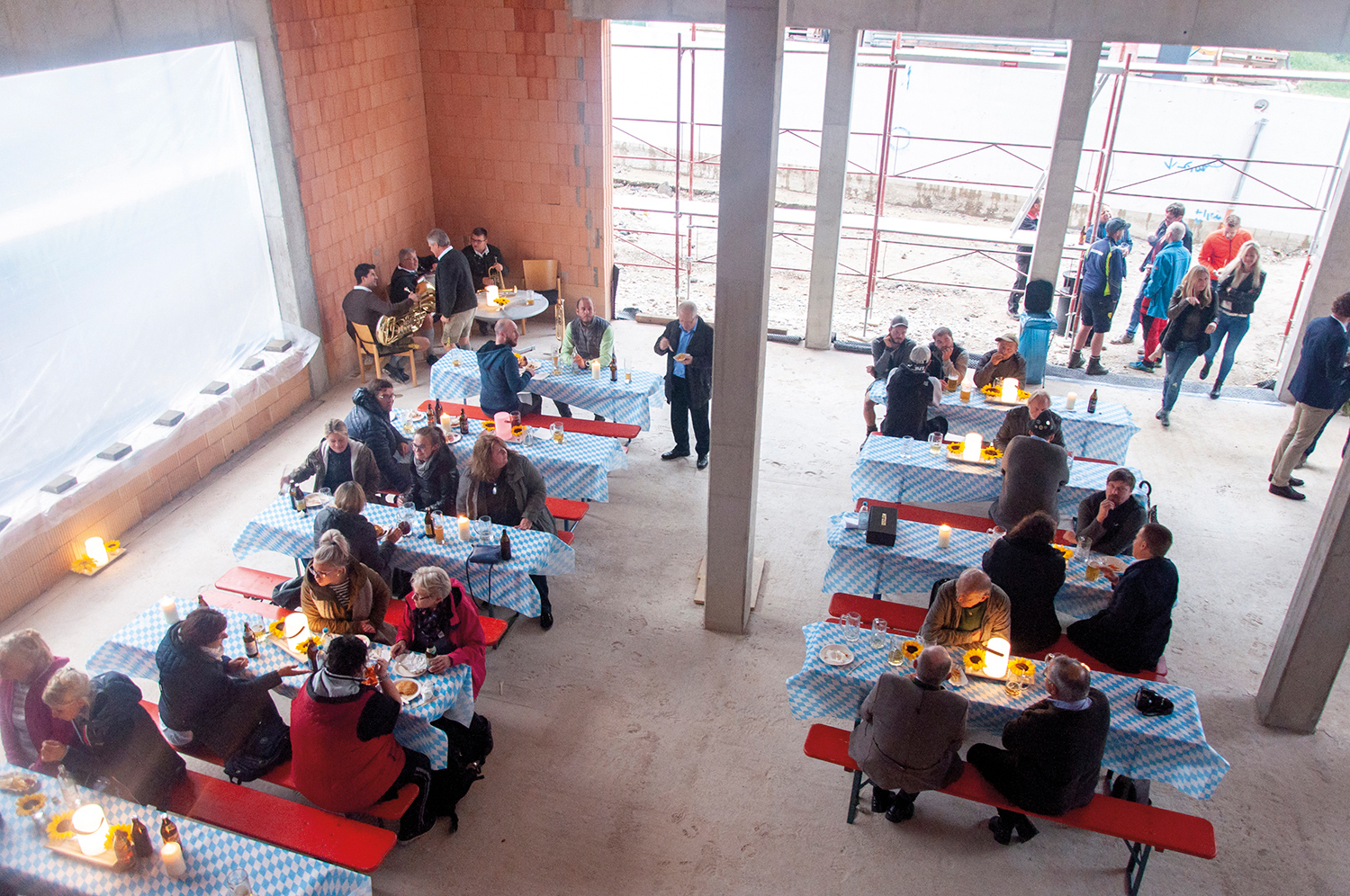 The most extensive OELCECK building project to date is now in its final stages: The topping out ceremony was held in the prospective new company building at Kerschelweg 18. Construction began in April 2019 – the roof structure was completed in September.

“It has almost become a tradition for OELCHECK to celebrate a topping out ceremony every five to seven years,” said builder-owner Peter Weismann at the beginning of his ceremonial address. He gave a chronological outline of the individual building phases and expressed his gratitude to the companies, architects and government agency representatives who were involved in construction.

Mayor of Brannenburg Matthias Jokisch was also in attendance. After the traditional topping out speech given by the carpenter, all guests enjoyed burgers and beer – with live music by the Hinterberger Musikanten.

The topping out ceremony also gave us an opportunity to thank the residents for their understanding in regard to all the construction work that had taken place. The floor finish will be installed just before Christmas if everything goes according to plan. The building is to be completed by April 2020.