A few months after the commissioning of a wind power plant with an output of over 2MW in southern Europe, an inspection of the planetary gearing revealed unusually strong contamination of the filters. The first investigation of a 100 ml sample in the OELCHECK laboratory gave a conspicuously high proportion of magnetisable metal particles in the oil for a relatively low ferrous value of the PQ index. After this alarm signal and the indication of acute gear wear, the gears were inspected and an oil sample analysed again. The inspection showed no indication of damage to the gear wheels. But where could particles which represented such a threat to the gears and which were present in the filter and the sample have come from?

An investigation of the filtered residues with the OLYMPUS special microscope provided a solution to the riddle. By means of the photographs compared to the laboratory data, the service engineers were able to identify the particles. The cause was not gear wear. A company involved in the assembly of the facility had not done its work properly.

In this way, particles of dirt with a contaminating effect and flakes of lacquer pigments from the external painting were present in the gear oil, which most evidently derived from incorrect assembly. A change of oil, which removed the solid particles, provided a rapid remedy before the solid impurities could cause initial damage to the roller bearings and abrasive wear on the surfaces of the tooth profiles.

In the illustrated laboratory report, the exciting research into the causes may be understood. 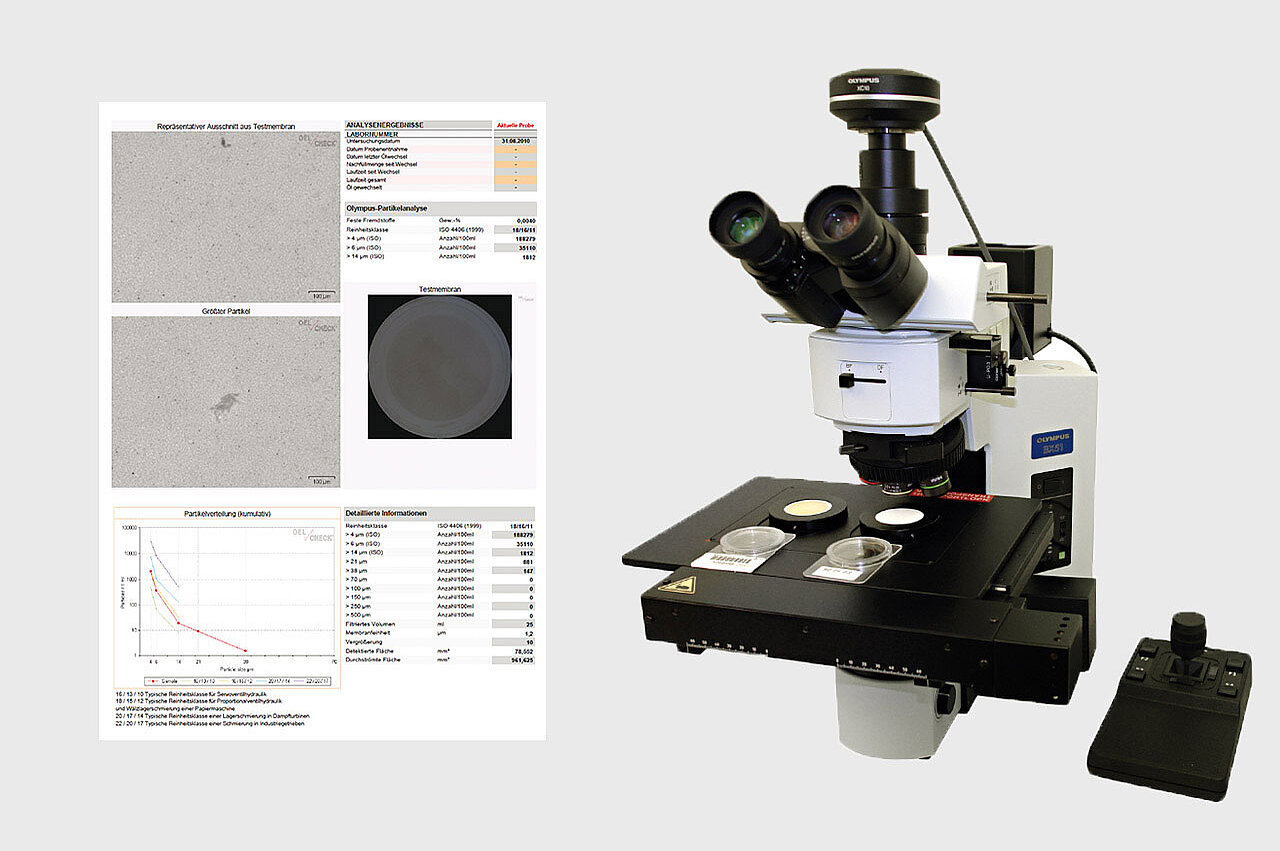